What a tarty welcome to 2009! But it’s still wintery enough for soups – one of my very favorite meals to prepare. The possibilities are, in truth, endless and so are the flavors. They are probably the most cook-friendly dish to experiment on since you can taste all the way through the cooking process and even change it to some extent at the last minute. (Don’t count too much on that though…it can make for a sticky situation! :D)

I’ve tried several kinds of soups this winter – some of which were absolute hits and others that…well, let’s just say the leftovers stayed in the frig way too long. ;) That particular one was a butternut squash soup from Better Homes and Gardens. Dressed up with garbanzo beans, apricots, chicken on the bone, toasted walnuts and cilantro, I found the recipe irresistible and had to give it a try. Hmmm…unless you are especially inclined to squash of the butternut variety, I recommend trying something else. :P For instance…

Chicken Enchilada Soup! I made this recipe up when my grandmother was here visiting from Arkansas, so this is dedicated to her! Love you, Mormor!

Saute onions, garlic and chicken in olive oil until chicken it cooked through. Dust with flour and stir. Add remaining ingredients for soup. Heat thoroughly. Stir in cilantro just before serving and top bowls with cheese.

This week I’m going to try one called Cheese Burger Soup made with…you guessed it – everything that goes on a hamburger!

* An FYI on roasting peppers – I put a pan full in the oven and broil until chard on one side, turn them over and repeat. It’s kind of tricky knowing when they are done. Too charded and the skins won’t come off. Not done enough, they are really hard to peel. Just keep an eye on them and don’t let them get completely black. :P Place in an airtight plastic container or bag and let sit to loosen skins. You may want to use gloves to peel them as some peppers are super hot and one never knows which those are until one’s hands are on fire! It helps to peel under cold running water. Once they are peeled they are ready to use. 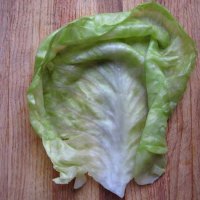